Since the election’s less than two weeks away (I’m getting a headache just remembering that), I figured it was time to think about why we’re supposed to care so damned much about the vote. My inner Social Studies teacher is kicking me right now, telling me “of course the vote is important, it’s your civic duty, it’s how our voices are heard, etc.” I don’t believe that as much as when I was a wide-eyed, newly registered political innocent, certain that my scrap of paper in the box meant a lot to somebody out there.

Then again, that’s about all I was taught regarding political participation.

Oh sure, I vaguely remember snippets of civics lessons in school, in 5th grade and 8th grade and government class in high school. I remember them bringing up the Bill of Rights, the amendments about suffrage and initiative, referendum, and recall, and protests. Most of all, I remember voting–and being told that it was your duty to register to vote, to use that ballot box to make yourself heard.

Beyond that, I didn’t hear much at all. And when it came to local politics and whatnot, I found it dismaying that nobody taught me how to vote. Note: I said “taught how,” not “told who.” I was completely baffled my first time in the booth because I didn’t realize all the jobs up for grabs. Nobody in school had ever told me about local positions, like what a city comptroller was, or the duties of commissioners. I didn’t know anything about bond issues and wished I knew enough to grab a newspaper to make sense of the half-page of legalese that’s supposed to be a referendum. That first time, I just voted for the president and congressional spots and went home, annoyed.

Some high school students I’ve taught told me that schools are teaching more about local political positions, so that’s good. It still comes down to individual education and participation. But honestly, how do you start a petition? How do you organize and keep your movement peaceful? How do you communicate and participate beyond the over-hyped election that sucks up so much time, energy, and money in our system and is little more than a popularity contest? What can one of us peons in the system accomplish? What can we tell kids they can do to make things better, especially if their first election is several years away (like my first one)? 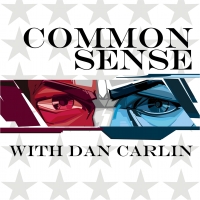 This election cycle resurrected the question of whether to care or not. One of my favorite people to listen to (whether I agree or not) is Dan Carlin, and I highly recommend his podcasts Hardcore History and Common Sense. I re-listened to his newest one (#310–“Or Else”) three times this week because something bugged me about this whole crazy process, not just this election cycle of vitriol and desperation. It’s been on my mind the past several years, and of course while I’m contemplating, someone out there is hitting the nail on the head. It sucks to be a thinker more than a doer some days.

Mr. Carlin asks an excellent question: what happens if our nation’s problems become too large to realistically imagine our politicians solving? We are so far beyond simple solutions that I find it amazing people still believe that if they just vote for Person A, that everything will suddenly turn out alright. Uh…no. There’s too much of an entrenched system that must be reformed. I will never advocate tearing apart the Bill of Rights or the Constitution (they’ve been torn up enough over the years), but we need to get to the soul of things.

Mr. Carlin was right when he said we’ve been aiming too low for leadership for too damned long. That’s been my biggest problem with this election cycle, and caused a few fights in my family–partially because I hadn’t picked a side yet a few months ago. They’d go on to lecture me about why Person A is so much better than Person B (while I tried not to scream back). I couldn’t respond; my concern was I thought the candidates were all screwed up, but dammit, I was furious that in less than 300 years, this was the best we had? What? We went from Washington, Adams, Jefferson…to this?

It makes my inner historian curl up in the fetal position and start rocking. 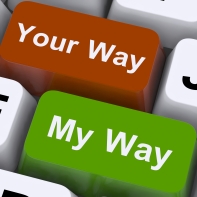 We are at a really bad stage of our national history right now, and there are some legit concerns and questions that need addressing, but the way this election cycle’s come out, I admit I’m afraid. I don’t know what the future of our political system will be and what the “new normal” can be in the next few years. I do know–deep down–that if we do nothing more than our 4-year pilgrimage to the ballot box, we’ve already lost our country and may never get it back. Hell, I can’t even say that we have two political parties anymore–it’s just two different color schemes, run by people so entrenched in their own system (and own planet) that they’ve forgotten they work for the American public. Oligarchy is here already.

The “American experiment” is a fantastic development, the right to disagree with the government without it being called treason. We’re losing our ability to disagree in the civil format we were founded on. People should remain free to have differing opinions without getting screamed at, beaten up, or arrested. We need true, honest discourse about what’s going on rather than calling each other names and being hateful. You don’t learn anything that way, especially if you’re not open to facts. The media’s commandment of “if it bleeds, it leads” has taken over and all we have is divisiveness.

I’m paranoid enough to believe it was by design. After all, if we’re too busy hating each other, how can we band together to change the system?

So, others have suggested it in articles and blogs, so I will do my best to find more on how to be a good citizen beyond the 4-year trek to the voting booth. Seriously, when’s the last time you heard of anybody doing initiative, referendum and recall? Do we even know the proper process to do those things? I’ll be researching Texas’ processes when I get done here, and make a list of changes.

One thing I find disturbing is the amount of people who want to vote straight party ticket all the time. Dammit, I hate that. I wish they’d get rid of the “straight party” option on the ballot (especially since some early-voting electronic ballots have appeared messed with or glitchy in Texas–geez I miss paper). The newspapers usually run whole spreads on what’ll be on the ballot and who the candidates are. I wish they’d do it for a whole week before the election, but maybe that’s too much. Make people inform themselves if they’re gonna bother to vote and take away the party affiliation next to their names (I have family that would freak out if that happened–hee hee). That’d work! Give it an hour and who knows how much you’d know. After all, its only your tax dollars at work!

I hate a lot of the ideas on the sites I’ve seen for how to get more involved beyond just voting–half the ideas are about campaigning or raising money for candidates! But I think being an actual member of a community, a bunch of regular Joes and Janes and whatnot, and working together can do a great deal of good. After all, as Mr. Carlin reminded me, Civil Rights wasn’t voted on by ballot. It took a lot of people and a lot of shifting opinions to get it going and finally on Johnson’s desk.

So yes, beyond the ballot box, let’s start with the lost art of discussion and (civil) debate, with fact-checking and a willingness to learn new things, with developing empathy. I’m not saying liberals and conservatives should be forced to sing “Kum-Ba-Yah” together (though that might be a funny image), but we used to be able to respectfully disagree. We’re developing hair-trigger tempers to go along with our lives of instant gratification. Slow down and think about others. That’s a good start…and who knows what a community of helpful people can bring?

We can do more than bitch about it and shrug. What’s 2020 going to be like if things keep going like this?

2 thoughts on “#002: Beyond the over-hyped election, what else can we do to make positive changes & policies in the U.S.?”